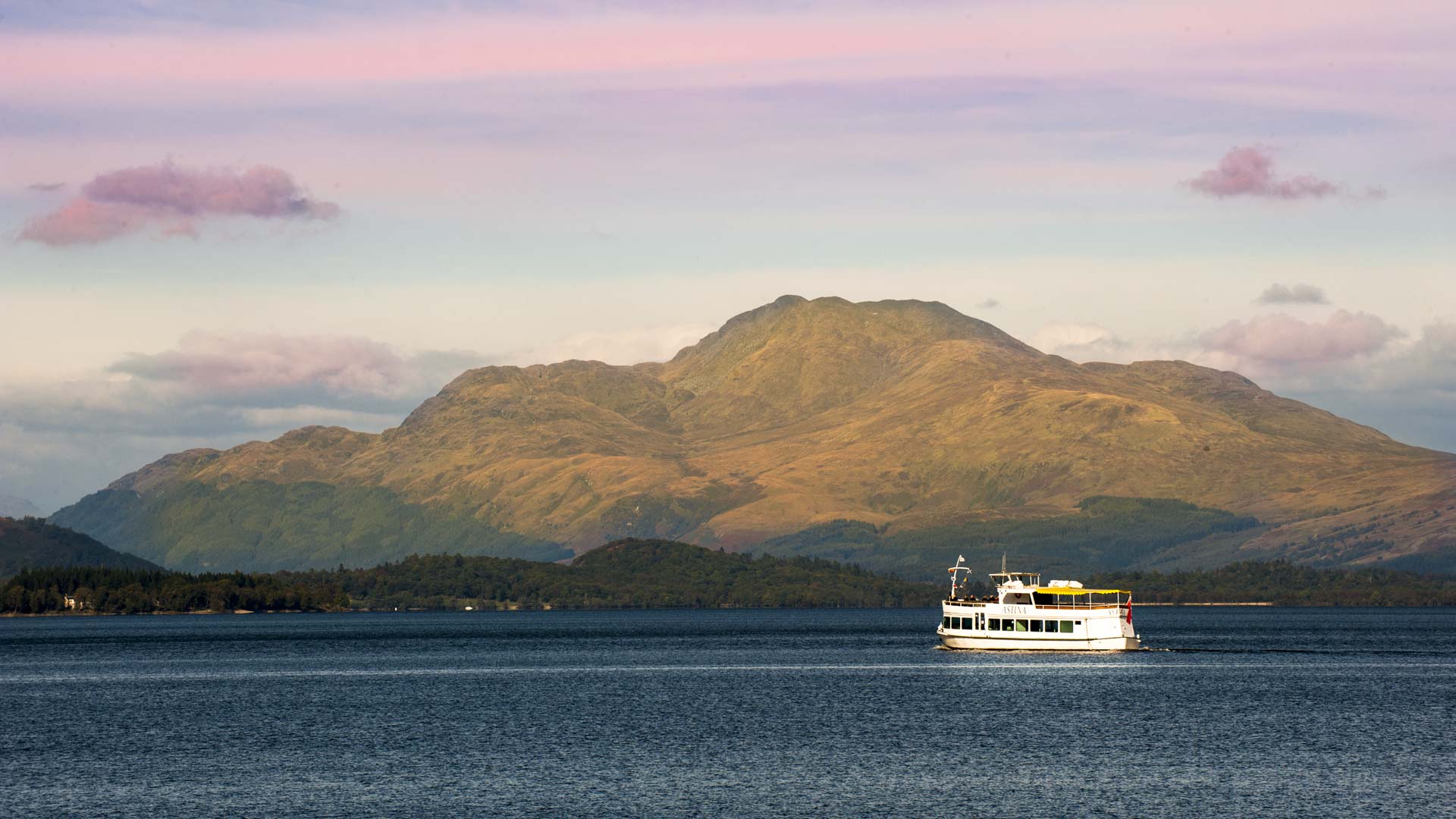 Ferry Leaves from jetty at Youth Hostel to Luss

The pretty conservation village of Luss is situated almost 10 miles south of Tarbert on the western shore of Loch Lomond.

A settlement has stood on this site since medieval times although much of the current village dates from the 18th and 19th centuries, having been developed to house workers from nearby slate quarries.

With its prim, identical sandstone and slate cottages garlanded in rambling roses, and its narrow sandy, pebbly strand, the village became the setting for the successful TV soap High Road which undoubtedly contributed to its popularity during the 1980s and 1990s. For anyone wanting to escape the crowds, the 19th century parish church offers a haven of peace and has a lovely ceiling made from Scots pine rafters and some beautiful Victorian stained-glass windows.

Today Luss is a popular stopping-off point for visitors exploring the Loch Lomond area. There is a visitor centre for the Loch Lomond & The Trossachs National Park, while nearby at Rossdhu House, there is a championship golf course that staged the Barclays Scottish Open.

While in Luss it’s worth a visit to The Loch Lomond Arms Hotel – good bar lunches ! 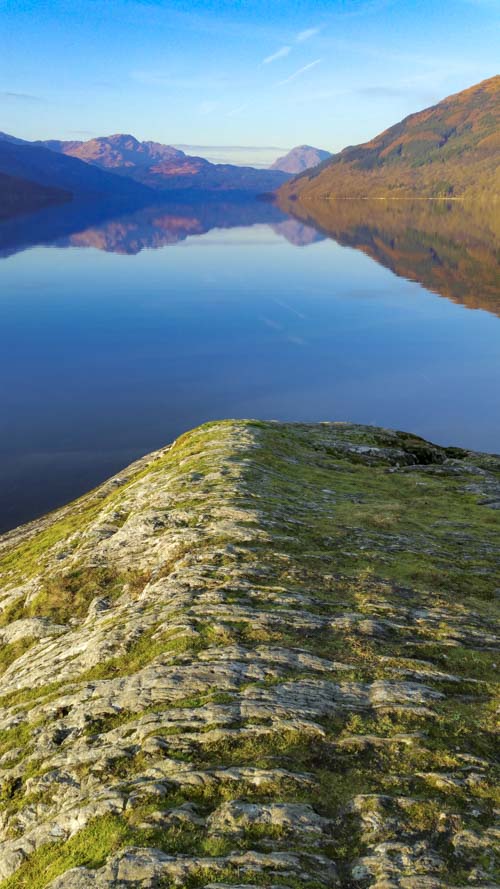 Cruise Loch Lomond
Between April and Nov you can be picked up at the Youth Hostel which is just about 10-15 mins walk (north) from the lodge.
www.cruiselochlomond.co.uk/cruises/rowardennan-cruises/

Find out more about where Caledonian MacBrayne  sail to including maps, photographs, things to see and do and service information.

We use cookies to ensure that we give you the best experience on our website. If you continue to use this site we will assume that you are happy with it.Ok